THE GRIFTERS - So Happy Together LP; One Sock Missing LP; Crappin' You Negative LP Now here's a band no-one is talking about, which is a pity, since these three albums hold up as some of the finest recorded works of the early '90s. From 1992-'94 - which so happen to be the three years in which these LPs were released - I was ga-ga 'bout the Grifters, even going to extent of interviewing them for some rinky-dink fanzine I was doing at the time. In fact, if I'm not mistaken, I was often heard, in my quest for The Great Hyperbole, hailing them as Possibly The Greatest Rock Band On Earth, but then again, I said that about dozens of people, so I guess no-one paid any attention. As luck would have it, they toured here in '95 (or was it '6? Can't remember.) - in support of Jeff Buckley, of all people (the band were hanging w/ Buckley the day he drowned, or so legend has it) - and played a solo show at the Corner Hotel which I laid witness to, knocking my proverbials off in the meantime. They were fuckin' ACE. And, of course, I managed to corner a few members of the band after the show and drunkenly ear-bash them in regards to how fantastic they were.

Jon S with The Grifters (scott)-Jon S goes 2 for 2 on bands that are new to me today, as I do not know Memphis' Grifters. One Sock Missing (1993). Free Ex4 To Mq4 Decompiler Software Programs. Doug Carn – Infant Eyes (1971) December 9. Grifters – One Sock Missing. Any other password or way to unpack the rar file? 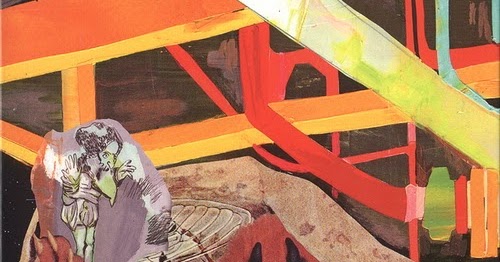 Very cool guys, and very tolerant, too. Funny thing is, Memphis' Grifters were the classic case of a band who, just on the verge of a 'breakthrough' with their signing to Sub Pop at the time (that'd be '95), then took a radical nosedive in quality and released a couple of stinkers that both commercially and critically bombed and sent the band packing.

Still, there's these three out-of-print gems to contend with, and, having given them their 18-monthly spin on the turntable, I'm happy to report back with the good news: they're still sounding mighty fine. So Happy Together was released in 1992 on the Chicago fly-by-night label, Sonic Noise, who also released a Tar Babies platter at the time, and is a murky, lo-fi pop masterpiece. Y' see, the best thing about the Grifters and these albums in question is that none of them sound alike.

SHT approximates a weird hybrid of rocking, Mission of Burma/Wipers-style anthems, plodding, sludgy dirges and no-fi fuck-abouts, the hooks hitting hard and the more experimental pieces breaking up the record perfectly. Track three, 'Tat', is one astonishing slab of juicy pop layered in slabs of distortion, and when the divebombing guitars silence and you hear that lonesome voice, it's impossible to resist.

At the time I played this song to anyone who'd give me the time of day and the vote was always unanimous: it was, is and forever shall be THE SHIT. One Sock Missing was released in '93 on Memphis' Shangri-La Records (apparently the uber-hip store for all Memphis-ites) and possibly improves on SHT's high standards. With a more rootsy, honky-tonk approach, they sharpened their tunesmithery to a fine point and delivered the goods in spades. Lumped at the time into the goddamn Lo-Fi Movement (remember that??) with the likes of Sebadoh, Guided By Voices, Pavement, Thinking Fellers Union, Royal Trux, etc. By press types (myself included, I'll admit), the Grifters, it must be said, shared elements with all of the above, though put their own stamp on every song they penned. To be honest, the thought of sitting down and listening to any Sebadoh, GBV or Pavement in the year 2004 makes me want to jump off the nearest bridge; the Grifters do not elicit such a reaction.

Crappin' You Negative, released in 1994 and again on Shangri-La, was probably the Grifters' last truly great moment. With some ultra-snazzy cover art and much punchier production, the band really hit a short-lived stride and knocked together an album with nary a dud in the bunch. The blues-damaged thumper, 'Junkie Blood', with its twanging guitars and aching vocals is a song I'd like to take to the grave, and 'Bronze Cast', released at the time as a single, is staggeringly good, a combination of slapped-together pop charm a la early Pavement with the swaggering, rustic beauty of Cats & Dogs-era Royal Trux. When it hits a new apex midway through and you hear that line 'If I fall asleep don't photograph me' (yeah, well, whatever that means) you'll feel like you're levitating. The best of music has that effect on you. When I said at the start that the Grifters were a band no-one in the year 2004 was talking about, I wasn't being a smart-arse. It's a fact and a pity.

Another great band lost in the deletions lists. If you're lucky enough to have these albums I'd be willing to place a bet that you agree with me here. If you don't, and haven't yet heard 'em, then do the done thing and get on the case.

10 years have passed since their release and they still sound mighty ripe to me.