Not sure how or what to post? TL;DR • Come up with a clear title; avoid sensationalism.

• Clearly describe what you wish to discuss in detail in the message body in a meaningful manner. • Focus the discussion in a specific direction and avoid general questions ('what are your thoughts', 'what games/mechanics are x', 'discuss', yes/no questions, etc.). DO POST • Discussion threads about specific games, mechanics, tropes, etc. (be specific, and include discussion points).

• News relevant to the gaming industry and culture (be sure to include discussion points). • Links to articles and videos that can serve as a jumping off point for discussion - but please include a summary and discussion points about the videos and articles. 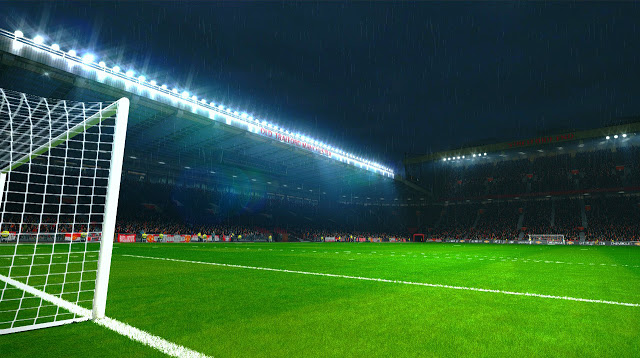 Here it is a spanish version 2 of the Captain Tsubasa patch for PES2009 PS2, despite it is not at 100% it has more things than the previous patches I released for. Mix of Premiership, Ligue1, Eredivisie and some german teams in teh place of the Ligue1, so original Premiership and Eredivisie are free to be.

• Vague or overly general posts ('What are your thoughts on X?' , 'How do you feel about X?' Posts should specify the context of the discussion, not just ask for thoughts, feelings, or opinions in general. • List posts ('What games do X?'

, 'What are some good examples of X?' • Purchasing advice. For these, please go to. • How-to posts (see the game related sub for game hints, or to discuss game programming and development). • Posts with only a link and no discussion points. • Posts about recent games for which another post already exists (use the search function).

• Posts asking for research and/or study participation. • Rants/long-winded posts that are 100% opinion and don't facilitate discussion. • Links to your own external blog or website, we want no ulterior motivations to posting on the subreddit • If your post is not showing up in the new queue and it doesn't break any of the above rules, please as our spamfilter is somewhat aggressive. • Have questions/comments/feedback?

Feel free to. Spoilers To tag something as a spoiler, format the spoiler like so: [spoiler subject](#s 'spoiler details') This'll show up as Other subreddits • - Discussion, bar the Hivemind • - For news • - For memes • - Go here to help you find your next game to play • - AskReddit for games. • - Find out what's worth getting. • - Nintendo-specific subreddit for general Nintendo news and discussion. I will start saying that I am a male in my very late 20s. I am spanish, therefore, European, which may bias my opinion in the following topic. As spanish, I love football, I breath football since I can remember.

It is part of our culture, as in many other countries. The first football game I remember was Super Soccer, but the first one I played hardcore, altough back then I was a kid, it was FIFA 94 (at that point, it didn't have a number). That was on the Mega Drive. Soon after, in the N64 / PSX era I continue playing the FIFA franchise in both consoles.

I remember playing quite a lot of FIFA 98 and 99. At the end of the N64 and PSX era, ISS appeared, both with ISS64 but especially with ISS Pro, and the football market swifted slightly towards Konami. And here it comes the PS2, which IMO is the golden era of football videogames, and this success has a name: PES.

I played quite a lot from PES2 to PES6, and then 08 and 09 both in PS2 and later on in PC. I even remember getting the illegal versions of Winning Eleven, which was the japanese version delivered some years before. I do remember PES as being simply perfect. Seabass was considered a god.

Everyone I knew played it. During that time, I also tried a few of the FIFA, and both of them felt extremely clunky and arcade. Every version of FIFA actually felt like they copied PES mechanics, and even button distribution. And that point, the market swifted towards PS3 and Xbox360, and I just lost interest on video game consoles (I continue playing, but mostly on PC, and mostly RPGs, WC3 and so). I lost track of the football market. The last game I played, for around 3 months, was PES 2010, because some of my flatmates loved it. Since then, no idea what's going on.

But now the market seems to be completely dominated by FIFA. Altough I have never played one of the new versions, I have watched some games through twitch, and the game feels clunky and arcade. It does surprises me how PES lost its throne, and it was occupied by FIFA, being FIFA the new standard de facto football game. Can anyone explain what happened? When the gameplay of PES became worse than FIFA? Is it about FIFA becoming the best, or simply PES becoming bad?

Was it a problem with adapting to PS3 and Xbox360? Did PES was ever popular in the USA as it was in Europe? For me, it was when they adapted to the new generation and had to redo the engines. Back in PS2, PES was much more playable. The controls were responsive, while in FIFA you'd have sluggish movement and lag when you wanted to pass or dribble. It was slower, both in movement and menus.

One big feature they had was the Master League, which all my friends, including me, played. But the important thing was the game play.

FIFA felt too arcade. I remember one version in which there was a little ball you put on the goal when you were to take a free throw, and it went exactly there.

Scoring a free kick in PES felt like glory. However, when they started with the PS3, FIFA reworked the engine, while PES got stuck. The movement in the former was so smooth in 360°, you could go wherever you wanted. The pace of the game in PES was too fast to be even considered football, and they removed good features like the PES shop and the training modes. As much as FIFA gameplay could be considered on rails in PS2, that was exactly what happened now with PES. I didn't feel in control of my players, where they'd pass or how they'd move. They inserted some kind of dribbling mechanics with the left stick that didn't work at all.

I haven't played a lot of either of them for some time, but I can't really be bothered to play PES again. Edit: I can't be bothered to play PES 2014 again. I still play PES 6 with friends from time to time. Man, were those games awesome. I absolutely loved PES 6, it was easily the best football game I have ever played. I kept thinking they will manage to re-create this eventually, but all they've done thus far is disappoint the masses wanting to return to the PES 6 feel of the game.

I still can't get into FIFA, I used to like it before I found ISS, and I bought FIFA 12. The things I liked about it were the new system for recognising physicality, which PES hadn't done up till this point, and flaws aside it was an excellent addition. Unfortunately this didn't really make up for the fact that I seemed to draw the vast majority of games 0-0 and hit the woodwork at least once per match. It's probably more down to me being far poorer at FIFA, but. In any case, it was too infuriating to play for me. Oh, right, I forgot about FIFA 2000.

I liked that very much too. However, ISS was the better game by then. The Master League was a fantastic game mode. The first FIFA game I bought after PS2 was FIFA 10, which I played a lot, but mostly online or with friends. I haven't liked any team management modes anymore. I remember playing the one in FIFA 10 and hiring a guy called Figueroa by leveling up my young player spotters. He was like 19 and almost better than Messi by then.

Yeah, I've got to agree with this, and it is the main reseaon for the frustration and broken controllers. There's only so much I can do, if the AI decides to have a centre back out of position while at the same time have my keeper flap at the ball as the header at the front post comes across him it inevitably ends in a goal. Now obviously this happens in real football, but I get pretty peeved when it happens far too often and the opposition defence never does this. I don't know. I've watched a couple of videos and the problems I had with the PES after PES6 are still there. Stiff animations, players doing whatever they want, goalkeepers doing weird things. If some friend makes me try I'd possibly like it, I don't know, but I'm not doing it myself.

Not because I hate the game, but because TF2 is basically the only thing I play lately. PES6 is good for an afternoon with some beers, since we all know the game and have played it for so long. Die Siedler 3 Download Vollversion Kostenlose here. Everyone has a PS2 and a controller, with one multitap it's super fun. Another thing is the netcode. By the PS3/360 generation, everyone was getting broadband and online console gaming was becoming big. In Fifa, in a 1vs1, if there was a bit of lag, the game would freeze until the data started coming through again. On pro evo, the game would carry on, and when the game resynchronised you'd suddenly go from attacking to the other team about to score up the other end.

It was totally unplayable and after 2008 I never touched pro evo because Fifa online was addictive as hell. I have a similar background to you, European, late 20s, played football games since the 90s. I have also bought the last four - five FIFA games after converting from PES.

Like said, marketing played a big role. Another big factor was that PES didn't hold the rights to player names, teams, and stadiums. It was always a little funny to play with Manchester Red, or one of those ridiculous but similar team names.

And then the player names too, you always had to laugh when Ryan Goggs or Zabine Sizu scored a goal for you. It was funny at first, but could get annoying when you were looking for something, and I completely understand that some players just wanted to have the official names. Fifa have also (in recent years) been much better at offering diverse playing modes. Career modes (easier on FIFA because they have real names) are immersive and have improved to the point where many play the manager mode a lot (even though Football Manager is a FAR superior game). They have also been very successful with ultimate team, which is very popular and extremely profitable for them because of in-game purchases.

It's a bit lame but you really don't need to buy packs to win - I regularly beat teams with Ronaldo and Messi using players I've gotten by playing without buying. But aside from the marketing and the names and the money. The big reason why I switched and haven't looked back is that FIFA genuinely closed the game play gap. PES clearly was a more fun and realistic game for a while (generally in the 00s), but at some point, EA revamped their engine or something. I remember the year I switched, I played both games before buying, and FIFA felt better. I tried PES the following year as well, but FIFA made even further improvements. So more people got FIFA, and you didn't wanna be the one guy in your group of friends who has PES.

You will suck when playing against your buddies and no one will come over to play PES. After that, the fall of PES was inevitable given the other factors. PES were able to compete with EA's marketing behemoth because their game play was superior to FIFA. But that was their one and only advantage, in my opinion.